Home North Carolina Insurance What Is Car Insurance and How Does It Protect Me? 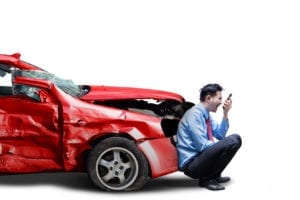 What is car insurance? It can be difficult to explain to someone who hasn’t had it before.

Here, we answer the question “What is car insurance?” and explain how it protects you. We’ve kept it as simple as possible.

What is Car Insurance?

Car insurance is an agreement between you and an insurance company.

You pay them a premium every year. In return, they promise to pay out if you have an accident, or if your car is stolen.

They can also pay out for a number of other reasons, such as to cover medical bills after an accident. The exact things they protect you against is called your ‘coverage’. We call the insurance you have bought your ‘cover’.

The average policy costs around $850. This might sound expensive, but keep in mind that it protects you from having to shell out up to millions of dollars on medical bills.

Some people are tempted to give false information in the hope of driving cost down. However, the auto insurance industry loses nearly $16 billion a year because of misinformation. This also pushes up the cost for honest drivers.

To combat this, insurers simply don’t pay claims where customers haven’t been honest. So, don’t fall prey to this trap.

‘Third party’ might be a term you haven’t come across before. But all it really means is ‘someone else.’ In the case of car insurance, this will often be another driver.

A third party claim is a claim made by, for example, another driver who you got into an accident with. They might say that you caused the accident, and are claiming on your insurance for the damage to their car.

This type of cover is a legal requirement, as it covers potentially massive costs. It isn’t just about paying to fix cars. It will also pay out to cover the cost of medical bills for injuries to people who weren’t in your car during an accident.

Since these can be extremely high, the insurance is there to protect you from bearing these costs yourself.

Having third party cover is the legal minimum. But there are lots of other types of cover available.

Now that you’ve learned what it is, you’ll need to get some quotes in order to work out what the best deal is for you.

A quote is what an insurer will give you to let you know how much your auto insurance is going to cost with them. They tell you this before you buy it. This way, you can compare the market and pick out a good price.

Get a quote with Amistad Insurance Services today.