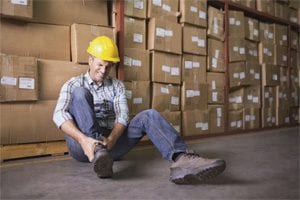 A long time ago, workers’ rights were a mess. Employers could set hours and wages to whatever they wanted, they didn’t have to worry about basic safety standards, and if a worker got injured on the job, he or she would have to prove that the employer’s choices were the only reason the worker got injured. The way employees proved this was by using a set of rules that strongly favored employers.

However, throughout the first part of the 20th century, workers’ rights started to improve across the board. One major part of that was the adoption of workers’ compensation insurance in every state of the Union. The idea is that the insurance pays out for any injuries or deaths that happen at work, no matter what the circumstances are, which means it’s a “no fault” system. In exchange, by accepting the payouts the workers limit their ability to sue.

This may seem like a way for employers to evade responsibility for safety hazards, but there are several other factors in play. For one thing, OSHA non-compliance is punishable with fees and additional inspections, and employees who notice something can call the regulator anonymously. Another way that a poor safety record is punished is with a standard feature of every kind of insurance: the more you use it, the higher the premiums go.

It’s also worth noting that the exact workers’ compensation laws can be significantly different between states, since workers’ comp is handled entirely on the state level. For instance, in North Carolina employees must notify their employer of a work-related accident, injury, or illness within 30 days of the incident or the diagnosis, and they must do so orally and in writing. Employee and employer must then work together to submit Forms 18 and 19, although if the employer doesn’t do their part, the employee gets a two-year grace period to submit independently.

Benefits of North Carolina workers’ comp include paying medical bills and compensation for temporary and permanent disability. The standard rate for long recovery periods is two-thirds of their original weekly wage, although they may be entitled to less if they can find other work in this period. If the injury results in a permanent disability, workers’ comp will continue to pay for a number of weeks that depends on the seriousness of what was lost.

It’s also worth noting that, while workers’ compensation is required for every employer with three or more employees, not every insurer offers the same premium rates for the same coverage. As such, it pays to shop around for workers’ comp just as much as for auto, homeowners, and life insurance.